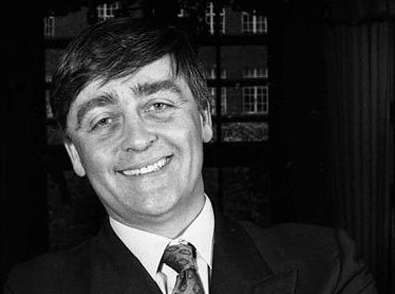 The concept of gambling has been around almost as long as humanity itself in one sense. Certainly gambling in a form which we would recognise it has existed for thousands of years, with most experts agreeing it dates back to at least 3000 BC. Over the years, a number of people have won vast sums of money through gambling be it on online betting sites or in real life, and while there are some interesting historical cases, we are going to focus on the modern era rather than the master-punters of antiquity.

Deciding who the wealthiest gambler in the world is, depends very much on your criteria and various other factors. We won’t go into all the details; we will just cut straight to the chase. Here are some very rich people who have made, and in some cases lost, a LOT of money gambling over the last 100 years or so.

Gambling comes in many guises these days, with no end of options both online and in the real world. Online poker is hugely popular, but the richest prizes in the game are still handed out each year in Las Vegas at the World Series of Poker.

The Main Event at the annual extravaganza has served up some huge paydays and created some very rich gamblers. Back in 1991, Brad Daugherty became the first person to win $1m at poker’s unofficial world championship, but since then the prizes have grown significantly.

In 2006, Jamie Gold (great name!) won the biggest prize in WSOP history when he took home $12m. There have been two other Main Event winners taking home eight-figure wins, but they actually pale into insignificance next to poker’s biggest ever win at a public tournament.

Chinese ace Aaron Zang scooped £19m (around $23m) by landing the 2019 Triton Million. Mind you, given the buy-in was a cool £1m, you would be hoping to get a serious payout if you won!

There have been huge wins on poker, sports betting, and even slots, but in truth, these are made to look like loose change compared to some of the biggest lottery wins ever. Some people might not think of the lottery as gambling, but it is – a view with which the UK Gambling Commission agrees.

There have been some huge wins on the Euromillions in the UK, with an unnamed, and now very rich, player landing €190m in 2012. Similar jackpots have been won on this game by others, but even they are dwarfed by the biggest ever lottery wins.

Spain’s Christmas lottery, nicknamed El Gordo (“the big one”), is considered to be the biggest lottery in the world with a first prize approaching a staggering $1bn, though this is typically shared between many winners.

More recently, the US Mega Millions set a new record for the highest ever single-ticket jackpot win. Almost $900m was paid to a single winner, and in truth, it is hard to disagree that they are the richest gambler in the world.

Mega Millions is the biggest lottery, but Mega Moolah is the name of a hugely popular progressive jackpot slot that has created more than a couple of wealthy gamblers. In 2015 British soldier Jon Heywood scooped a cool £13.2m from a 25p spin, believed to be the highest ever win on an online slot.

Mega Moolah has created many other millionaires, but the biggest slots wins have come, once again, in Vegas. The progressive Megabucks slot has paid out $20m on several occasions, but the biggest ever win came back in 2003, when a lucky slots fan scooped a win just shy of $40m! Gta online casino best slot machine.

There have also been a number of millionaires created by people betting on sports. Over the years various big accumulators have landed punters seven-figure wins, whilst competitions such as the Coral Football Jackpot and BetVictor Million Pound Bet have also yielded wins of £1m or more.

However, if we’re talking about the richest punters in the world, you’ll need more than “just” a million to figure in the discussion. Several people have won tens and even hundreds of millions through betting, and there are a number of names that are always likely to feature in debates over the identity of the wealthiest gambler ever. Let’s take a look at some of those well-known big hitters.

Zeljko Ranogajec was born in Tasmania, often thought of as being boredom central, in 1961. Perhaps the year of his birth, rather than the place, was a better indication of the path his life would take. The 60s were a time of great freedom and cultural change, and on the other side of the world in the UK this was also the decade when betting shops were legalised and gambling really began to boom.

Ranogajec had a normal upbringing before studying Commerce and Law and was clearly intelligent and gifted with numbers. He began card counting, making good money at the blackjack tables; he was so good in fact that he dropped out of university to focus full time on gambling.

Over the years, the Aussie made huge sums on blackjack, being inducted into the game’s Hall of Fame in 2011. He also reportedly won a A$7.5m Keno jackpot in 1994 and won serious sums playing other casino games too.

However, it is probably betting on horses for which he is most famous, with a feature in Australia’s Daily Telegraph reporting that he bets around A$1bn per year. The newspaper tracked him down in 2010 and asked him if he was the world’s biggest punter, with Ranogajec giving the simple answer, “I believe that’s absolutely untrue.”

He may disagree, but the newspaper’s racing editor said that “he has no challengers as the world’s biggest punter” and a book on the richest gamblers in the world stated that he was the “biggest punter the world has ever seen or is likely to see”.

Ranogajec is a deeply private man about whom little is known, but conservative estimates put his wealth at A$300m, with others believing it to be closer to A$1bn, and a source close to his family is quoted as claiming that he is a multi-billionaire. Not bad from betting on the horses!

Billy Walters is another name that frequently crops up in discussions such as this, with the American believed to be worth $200m according to celebrity wealth sites. Believed to be the most successful and richest sports bettor in Las Vegas history, Walters once exploited wheel bias to win almost $4m at the roulette table.

Most of his wealth, however, was garnered betting on sport, usually basketball and American football, both college and NFL. He is thought to use computer analysis to spot value in games and so successful is his method that he enjoyed a winning streak that lasted almost four decades.

Top 10 Richest Gambler In The World

Where is Walters now? Florida! Not by a beach drinking cocktails, though, but instead, he is serving time for insider trading in a Pensacola prison. He was sentenced to five years in jail in 2017 and was hit with a $10m fine as well. Key lesson: despite what Gordon Gekko thought, greed is bad.

Another Aussie completes our list, even if he is dead. Alan Woods was born in 1945 in New South Wales, dying at the age of 62 in Hong Kong in 2008. Woods worked with Ranogajec for a time and like his countryman, made his fortune partly from blackjack but primarily from betting on horse racing.

A supreme mathematician, Woods has been described as the “godfather of horse racing software” and he certainly amassed a fortune befitting of a mafia godfather. It is thought he was worth a cool A$670m at his death, much of it made betting on racing in Hong Kong, Australia and around the world.

Some of our biggest winners have also lost considerable sums at other times, but when it comes to the roller-coaster nature of big-time betting, nobody illustrates the story better than Archie Karas. Karas was born in Greece in 1950 and his formative years were spent in extreme poverty.

Such an upbringing affects people differently, but what it did for Karas, nicknamed “The Greek”, was lend him a totally fearless approach to life in general and betting in particular. It is believed that he felt that having experienced such poverty he had nothing to lose and a gambler with no fear can be very dangerous indeed.

He moved to the USA in his youth, having run away from home at the age of 15. He initially made money by hustling pool before becoming even richer playing poker. He would lose a fortune at the poker tables trying to match legends of the gamer like Doyle Brunson and by 1992 he was down to his last $50.

What followed was the stuff of dreams and Hollywood as Karas managed to quickly turn a $10,000 loan into $17m in just a few months. Playing poker and pool and staking with total fearlessness, Karas beat some of the icons of the Vegas poker scene until virtually nobody was prepared to play him.

He continued to find things on which to gamble, playing dice for as much as $100,000 a roll. Less than three years after turning up in Vegas with almost nothing, Karas now had $40m to his name. His streak, perhaps the most lucrative in history, became known, simply, as “The Run” but after the ups, so too came the downs.

Richest People In The World

In 1995 he lost almost all of his $40m fortune in just three weeks, losing eight-figure sums playing dice and baccarat. Since his loss, he has been on a number of smaller streaks, winning and losing amounts of cash that most people will never see.

Sadly the Karas tale is another one that doesn’t end well, with The Greek being arrested in 2013 for marking cards in a San Diego casino. His cheating didn’t, thankfully, end in jail, but a three-year sentence on probation certainly gave him lots to think about. Karas is approaching 70 now, though, and we certainly wouldn’t be surprised to see him go on another streak before he busts out forever.