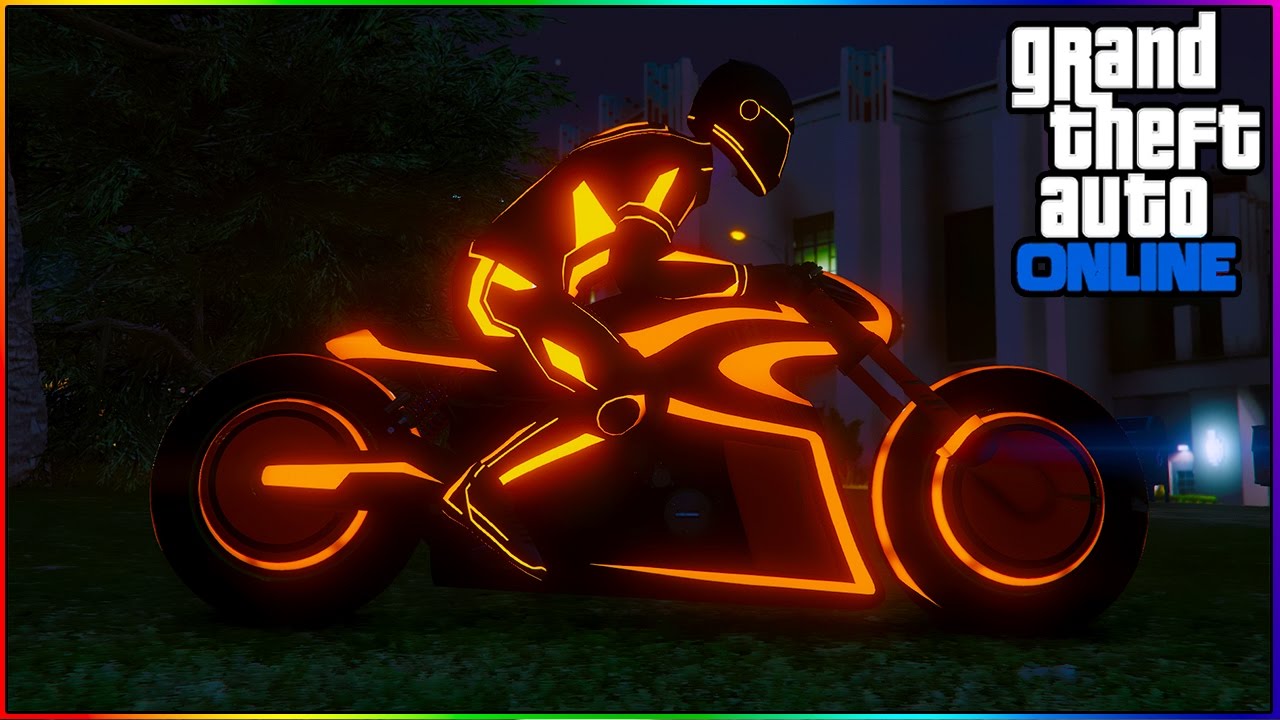 GTA V just recently added a new updates for the game and this includes the new motorcycle bike that looks like a bike from the Tron Movie, you can play this new update on multiplayer game.

For everybody to know Rockstar call the bike the Nagasaki Shotaro as official name not Tron, but most people call this new update as tron bike because it clearly a resemblance of the futuristic bike in the movie Tron including the game concept. This new updates comes from the new DLC of Grand Theft Auto V Deadline, where you can play against 4 players in the game and select different-colored light bike. Same on the movie Tron, the bike will leave a colored trail behind and when the opponent hits that trail, they will explode. Free typing games 2.

So how you can unlock this new DLC? you only need to play the Grand Theft Auto V Deadline DLC in GTA Online which is FREE, after that you can now purchase the Nagasaki Shotaro bike and roam the open world.